It is very easy for time to get away from us. Before we know it, our alarm is going off and it’s as if we have opened the starting gate for the race we call our day. I know that my to-do list in endless, I mark off one thing and add another. That can become an overwhelming process. If you are anything like me, you forget how many hours are in a day and just keep piling on the tasks. This wouldn’t be a bad way of doing things if at the end of the day we looked at the list and all that wasn’t accomplished and accepted where we are in that moment. We accomplished everything that we absolutely needed to, that is human nature, the part of the list that we didn’t get to was extra. Here is what I mean by extra, there was nothing on your list that you didn’t accomplish that is going to be life or death. It may become an inconvenience for another day, but it isn’t life threatening. We only have so much energy before we need to recharge, running on empty is a difficult way to do it. When I am told to take a moment for me it is in my nature to try and “schedule” that time, put it on the to-do list, but I am here to tell you that may not be the answer. If you are already experiencing the to-do list blues, there are other ways to find time for yourself.

Make “you time” a habit

This is definitely easier said than done. A quick google search will tell you that it takes 66 days to develop a habit. Well that is a daunting number, so much can happen in 66 days. So how do you create a habit without scheduling it in? It’s simple, start with something simple. One moment of self-awareness and compassion is surprisingly rejuvenating. Create a reminder based on a location or action as opposed to time or task. Taking 3 deep breaths every time you go into the bathroom. Singing a happy jingle in the shower. Reading a poem during your cup of coffee. These little habits will begin to creep into your day and in those moments, you will find yourself again and again. All it takes is a moment of not worrying about what needs to be done to re-center yourself and pick up where you left off. It is a breath of fresh air when you need it the most. Once you develop a small habit, the bigger habits will become less daunting. Start small, start with one at a time, just start… that is where the challenge lies. Once you have started the 66 days will go by in a flash.

Look at your list and order them in a way that works for you. I personally like to order my list to have small tasks on the top, that way I can do them quickly and have the satisfaction of crossing something off. That also leaves the small stuff completed and dwindles the list down, leaving me less stressed out about all that I would like to accomplish. I know people that prefer to put the big tasks first. Putting the larger tasks at the beginning guarantees that they will get done. It may help take away procrastination if that is something that hinders you. The joke around our house is, “Nothing is worth doing unless done frantically”. I feel as though I work better under pressure, or at least I tell myself that! If pressure isn’t your thing put the big to-dos at the top and get them done right from the get-go. Whether it is small or not so small tasks at the top of your list the goal is to have an organized list that is easy to follow. If it is just a bunch of words throw on a piece of paper or there are multiple lists strewn about, it is difficult to feel like much is being accomplished at all. Once the list is smaller, we have time to do what we may not always get time for. 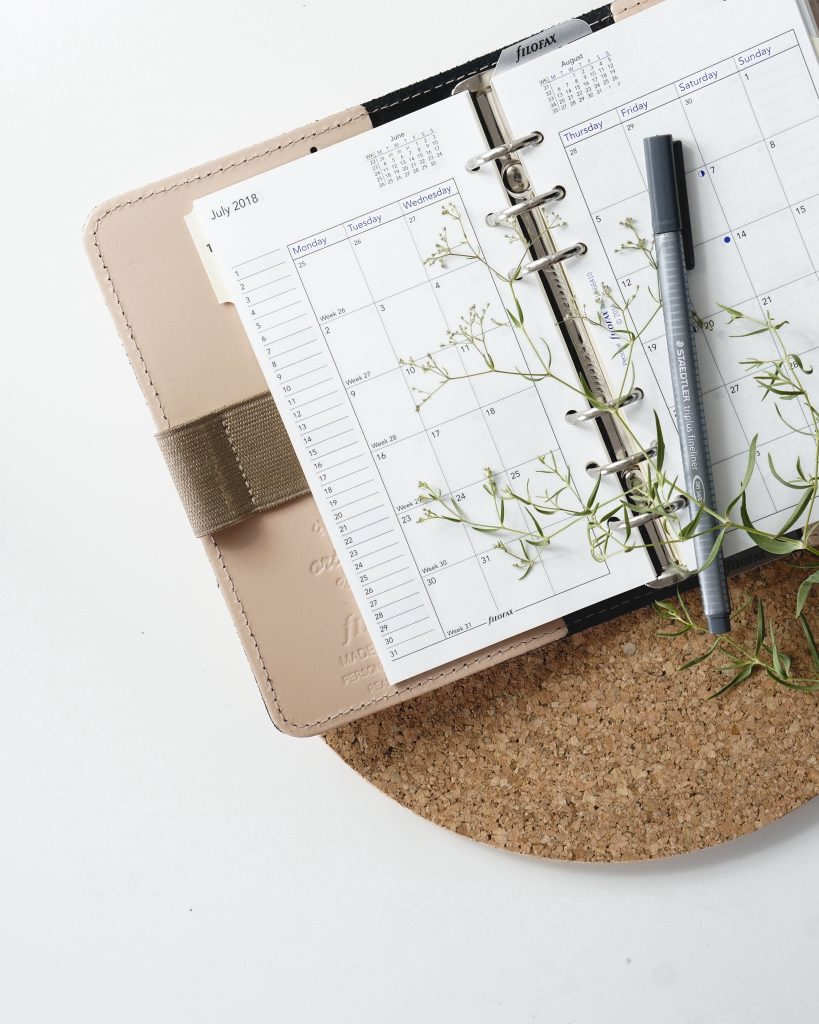 Now that the list is reordered look at it again and decide what really doesn’t need to be done. Maybe washing the windows, dusting, pulling weeds, baking for the bake sale, or painting the living room wall doesn’t need to be done today, this week, or even this month! This isn’t being lazy, this is being mindful of yourself and your time. This is allowing yourself to let go of the mundane, not so important things until you have the time for them. If you love doing any of those things, by all means do them, but if there is something on your list that doesn’t float your boat, or you just look at it with dread, let it go. Or better yet, delegate, ask somebody else if they would be willing to take on the task. If it is just you, then even more reason not to do them, who would even notice if you didn’t? Here me out though, if you ask and they say “no”, you may need to accept that. You might not know what is on their list, they could be saying no just like you should be if it is something you really don’t want to do or need to do. Saying no is dang hard. If you are anything like me that word is used less often than it should be. The habit of pleasing others is so simple to fall into. Learning to say no could be the best thing we ever do for ourselves. Saying no to the things we don’t want to do leaves time to say yes to what we really want. Your time is precious, don’t waste it doing the mundane.

The to-do list blues are more common than we probably think. We see people who seem to have their shit together and some might, but most are just trying to make it work. You also probably have it together more than you think, people probably look at you and are envious of how much you have it together. We can only take it one step at a time. One task however big or small is still a task. Our definition of task may also need to be examined. Reading a book, going to the waterpark (for fun), sleeping in, building a snowman, laying on the beach, are all tasks! What we need to let go of is the guilt that comes when we don’t “accomplish” something. Let go of the guilt when we don’t reach our expectations of ourselves, maybe even reevaluate that expectation. To-do lists are supposed to be helpful, they should never be a source of stress, guilt, or shame. If you would do better without them, throw them out! Mindfulness comes in many forms, clearing the forever long to do list is one of them.